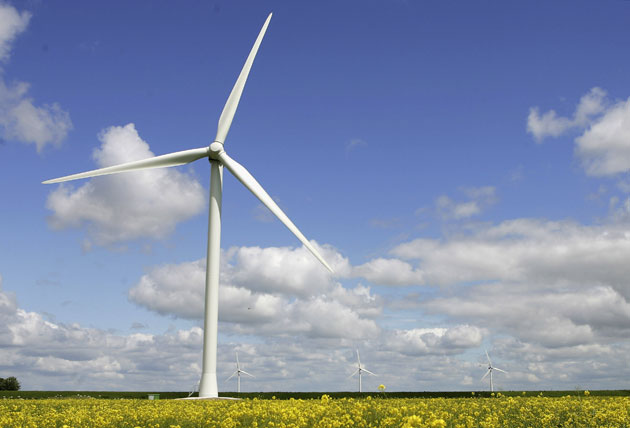 Transport of wind turbine components for two projects under way

Turbine tower sections for the Kangnas Wind Farm and Perdekraal East Wind Farm are being transported from the Port of Saldanha Bay and from Atlantis to the project sites.

The two wind projects, which form part of Bid Window 4 of the Renewable Energy Independent Power Producers Procurement Programmes, will be connected to the country’s national grid by August 2020.

The first tower sections departed from Atlantis, on May 20, with blades, nacelles and other components being transported from the Port of Saldanha.

It is expected that all 1 090 turbine components, weighing a collective 56 000 t, will have reached their respective sites of Springbok, in the Northern Cape, and the Witzenberg municipality, in the Western Cape, before the end of January 2020.

“This is a considerable undertaking, as we will have more than 1 000 abnormal loads traversing the country between now and January next year,” says Kangnas Wind Farm and Perdekraal East Wind Farm construction programme manager Christo Loots.

The two projects will also bring in considerable community investment over 20 years once they start operating in 2020 and generate a combined 932.3 GWh/y of clean, renewable power into the grid.

There are 33 wind farms at various stages of development throughout South Africa, including these two projects. The country has more than 1 365 wind turbine generators, equalling a 3 672 MW installed capacity of which 2 020 MW is fully operational.

The wind industry has invested R80.6-billion in South Africa and is helping to drive local manufacturing industries, which provide thousands of home-grown jobs.

One such manufacturer, GRI, which is located in the Special Economic Zone (SEZ) for Green Technologies in the Western Cape, is producing the massive turbine tower sections for the two projects.

Local black shareholders own about 25% of GRI, while its 250 or so employees have benefited from skills transfer, some receiving training and experience abroad, and bringing their skills back to South Africa to ramp up to full operations again.

According to Green Cape, the SEZ has already attracted R680-million in green technology investments and has created over 300 jobs. It is expected that the SEZ will attract a further R3.7-billion of investment from renewable energy and other manufacturers, and nearly 3 000 jobs are expected to be created by 2030 if these investments are realised.