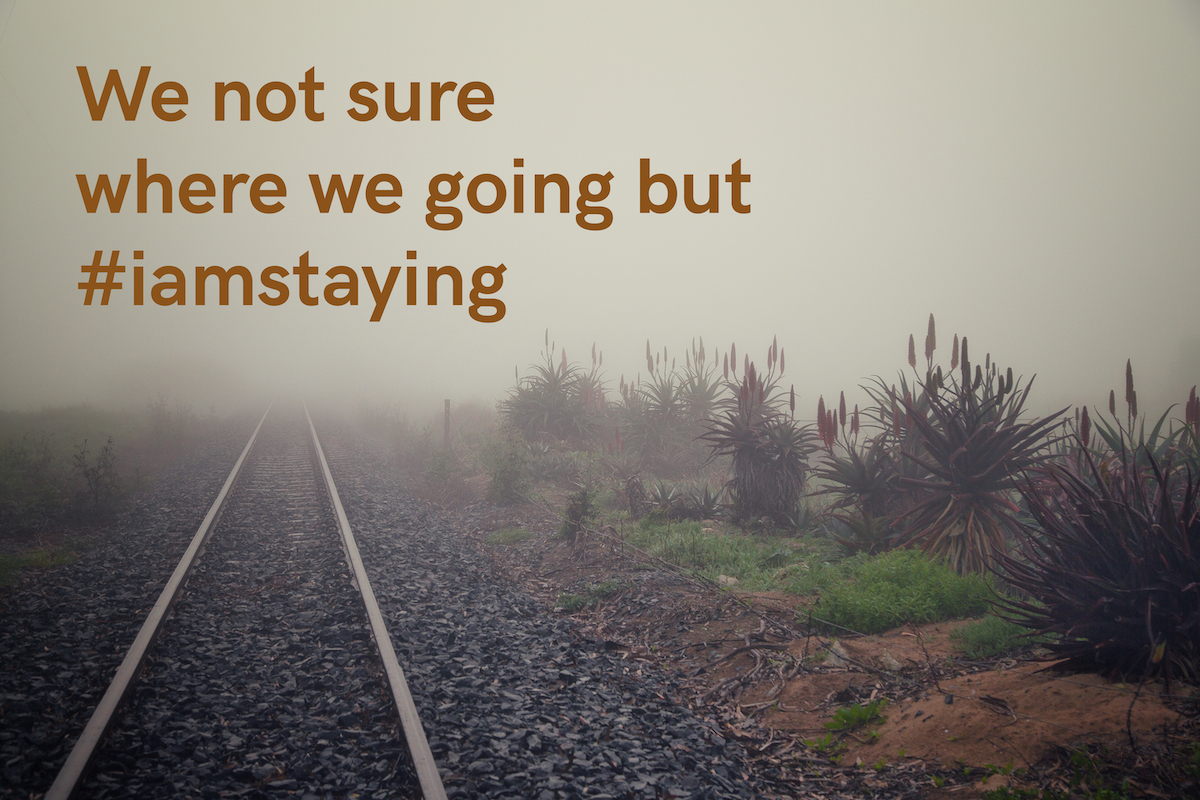 It is said by those in the know that, on a day that the wind is not blowing, Cape Town beats the French Riviera. It is also known that the West Coast reminded an entrepreneur of Greece to the extent they called their enterprise, Club Mykonos. South Africa has seen three major and bloody wars over who has the right to settle on its land. The country has the best infrastructure and one of the biggest economies in all of Africa. It boasts minerals and wildlife; has two oceans – and perhaps the world’s best climate.

If you listen to talk around braai fires and in the media, it’s enough to have people leave the country in droves and, yes, the mood in South Africa at present is glum. The AccelorMittal steel plant closing its door is a major blow to the West Coast and its people. Crime, corruption, poverty and violence against women are challenges South Africans deal with on a daily basis. Bad as that is, “packing for Perth” is not the way to go.

Imagine this: you’re sitting snugly in your new home in Canada watching as the snow falls outside and there, on Facebook, comes the news the Springboks have won the Rugby World Cup, again. Pictures and videos of the national trophy tour flood your newsfeed – because most of your Facebook friends are still South Africans – showing the Boks atop an open-top bus parading the William Web Ellis cup in BRIGHT SUNSHINE.

Now imagine braai-ing chops not from the Karoo on the coals of wood that’s not Kameeldoring. Looking around standing at your sorry braai, you’ll probably notice the cramped confines of a London backyard, grey skies above and another week riding an underground train to a job you probably hate staring you in the face.

“But the weather is the same in Australia,” is something one often hears. “And there they have no crime.” Now, both of those statement cannot possibly be entirely true. Australia is literally on the other side of the world with a completely different climate and, since Australians are as imperfect as the rest of humanity, they also have criminals and social injustices. We not saying Australia, or anywhere else for that matter, is a bad place to be. In many ways it can be easier, better, safer…. but one thing remains, it’s not home.

The grass is as green here as it is in the UK or the US or wherever it is that grass was invented. Wherever you go, you take your troubles with you so perhaps – at the end of the day – it makes a lot more sense to say #imstaying and stay put in a country where we know how to solve problems.

The Western Cape Government is committed to keeping the growth and investment potential of the West Coast alive. More than a billion Rand has already been invested in the greater Saldanha Bay region.
(Ref: Cape Talk Interviews Alan Winde)
http://www.capetalk.co.za/articles/362274/one-on-one-with-winde-first-thursday-event-gives-public-access-to-the-premier
The infrastructure will not crumble under the loss of one giant. Let’s not forget the growing potential of small to medium sized enterprises. There is a huge population of skilled artisans on the West Coast, we are in the land of budding entrepreneurs & our time is now.