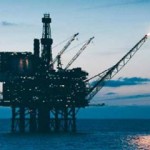 The seminar was part of Operation Phakisa – an initiative focused on driving the economic potential of the country’s oceans.

In her address at South Africa House in London’s Trafalgar Square, Chikunga said the conference displayed the ethos of Operation Phakisa which was to accelerate implementation of government’s strategic development programmes.

She said the country’s 2030 National Development Plan (NDP)’s aim was to grow the country’s economy in a manner that eliminated poverty and reduced unemployment.

“South Africa is situated on one of the busiest international sea routes that is very critical to international maritime transportation.

Our geographical location presents a huge opportunity for investing in a diversified maritime market,”Chikunga pointed out.

Research has shown that SA’s oceans economy had the potential to contribute up to 9.8 billion pounds (R189 billion) to South Africa’s Gross Domestic Product (GDP) and create about a million jobs..

Part of the purpose of Chikunga’s London visit was to share information on the recent developments South Africa achieved in growing her oceans economy.

One of the TNPA’s recent maritime initiatives was when it awarded the V&A Waterfront (Pty) Ltd the tender for the development of a cruise terminal in Cape Town, said Vallihu.

The agreement with the V&A Waterfront included operation, maintenance of the facility and transfer of its ownership back to TNPA after 20 years, he said.

Vallihu said the TNPA was looking at expanding the local oil and gas industry in East London, Saldanha Bay and Richards Bay.

“This is an industry that can create jobs for ship repairers and jobs at the oil rigs on the west coast,” he said.

He said it was important for the country’s economy to tap into the oceans sector as by 2030 this could be a R177 billion industry for South Africa with the potential to create millions of jobs.

“What we are doing in London is to create a situation for an investment partnership. We have also visited several universities and sectors in the UK’s oceans economy to learn more about growing the industry and showcasing our local capability,” he said.