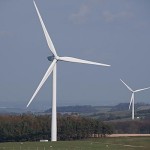 Construction of Eskom’s 100 MW Sere wind project, which is being developed in Koekenaap, in the Western Cape, is scheduled to begin in April with project funding now fully in place and with a preferred bidder having been identified for the supply and installation of the wind turbines.

However, Eskom is not yet in a position to identify the wind-turbine contractor, with that announcement planned following a World Bank review. The project is being managed in line with the World Bank’s procurement guidelines, owing to the fact that it is being partly funded by the development finance institution.

The Sere wind farm is receiving some of its funding from the $3.75-billion ‘Eskom Investment Support Project’, approved by the bank in 2010 primarily to support the Medupi coal-fired power station. The package also provides loan funding for Eskom’s proposed concentrated solar project (CSP) and a number of energy efficiency programmes.

Funding has also been secured from the Clean Technology Fund (CTF), which is overseen by the World Bank. Funds secured from this source have tenors of up to 40 years at an interest rate of 0.25%.

The South African CTF Investment Plan submission for $500-million included a $350-million request for both the Sere wind farm and Eskom’s proposed 100 MW CSP project. The CTF Trust Fund Committee approved the funding during October 2009 and the investment plan contained a funding allocation of $100-million for Sere and a further $250-million for the CSP project.

The wind turbine-generator contract comprises about 65% of the total capital expenditure and will involve the installation of 46, 2.3 MW turbines.

Still outstanding is the contract for the supply, installation and commissioning of a 132 kV line and a substation that will be sited on the Skaapvlei farm, which is within a 16 km radius of Koekenaap.

Bidding documents for this aspect of the project, which comprises about 8% of the project’s overall value, were released in mid-January and the tender will close on February 22. Eskom expects to award the contract during April.

The current forecast date is for a reliability test to be conducted on the first turbine by April 2014 and on the last turbine by September, when the “collective performance trial” should also be completed.

Eskom expects Sere to have a capacity factor of 34% once fully operational and it says its cost of operations will be “very competitive” when compared with the tariffs published by the Department of Energy, following the first two bid windows for the the Renewable Energy Independent Power Producer Programme.

Once the contracts have been announced, Eskom will engage the preferred bidders to negotiate “acceptable levels of localisation”.

Eskom forecasts that 200 direct jobs will be created during construction, together with up to 2 100 indirect and/or induced jobs.

It also expects that the facility will lead to the creation of about 10 permanent jobs once the plant is fully operational and reports that training has been incorporated as a major feature of the project.

It will be located north-west of Vredendal, approximately 300 km (190 mi) north of Cape Town. It will sit on a 16 km2 (6.2 sq mi) Gravewaterkop farm in Skaapvlei[1] north of the mouth of the Olifants River near the town of Koekenaapon the west coast of South Africa.

News brought to you by West Coast Office National. For all your computer & IT needs on the West Coast 0227131111

If you have a business on the West Coast you can list it for FREE on www.westcoastbusinessdirectory.co.za