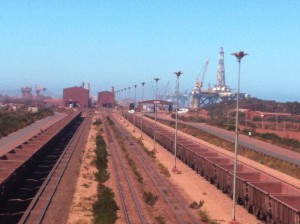 Western Cape Minister of Finance, Economic Development and Tourism Alan Winde said in a statement on Thursday that the Saldanha Bay IDZ, which was officially launched late last year, was off to a good start.

“In some of the most exciting developments, the licensing company is in talks with an international consortium to develop a rig module building facility. We are also aware of a R200-million investment by a global oil servicing company which is set to create 300 jobs. Several leading international companies are increasing their staff numbers in their South African companies,” added Winde.

Details on individual companies were bound by non-disclosure agreements and could not be released at this stage.

Winde said the Western Cape government had invested R25-million over five years to create the IDZ.

“This is the culmination of years of collaboration between all spheres of government and the Saldanha Bay community. The IDZ has the potential to become one of the most important levers for jobs and economic growth for the Western Cape. Early indications are that it will indeed be a major catalyst for foreign direct investment and increased employment opportunities for our residents in the medium to long term,” he concluded.