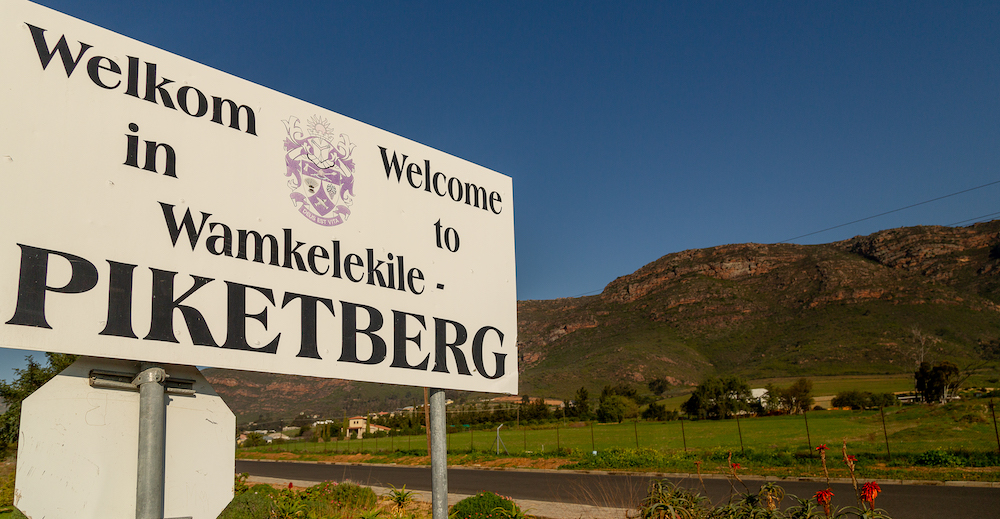 Farm names can tell you a lot about the history of a piece of land. A name like Nooitgedact (never thought) tells the story of, perhaps, a pleasant surprise. A windfall. Vergenoegd (far enough) may be located at the very point where an ox wagon has travelled as far as the oxen could pull it.

Genadeshoop (grace and hope) close to Piketberg is one such farm that gives true meaning to its name. Run and founded by Whernit Dirks, Genadeshoop was little more than an unnamed tract of land until 2006 when commercial producer and mentor, Stephanus Richter of Windheuwel farm, asked the local community who wanted to rent 100 hectares of arable land for R100 per year. A born farmer, Whernit, took Stephanus up on his offer.

Today, Whernit rents approximately 1 200 hectares from Windheuwel and the Appel Richter Trust, of which 310 hectares are planted to wheat, 200 hectares to barley and 250 hectares to oats. The remaining land is used to run 900 Meatmaster sheep.
With skill and dedication, Whernit has increased his asset ten-fold. He’s completed the farmer development programme at the Kaap Agri Academy to become proficient in managing people, money and livestock, and also dealing with administration. Credentials like those are impressive in itself. Considering Whernit started out as a labourer on Windheuwel with only grade 10 behind his name, they become near miraculous.

Every farmer needs another bakkie and what better way to get one than at a glitzy awards ceremony as reward for your hard work. Named as South Africa’s most notable emerging farmer last year, Whernit received the keys to a brand-new Toyota Hilux together with a trophy. The award comes on the back of hard works and, as was roundly pointed out, serves as inspiration for emerging farmers across the country.

Whernit believes the success of Genadeshoop is partly thanks to him and his partners not waiting for grants from government, but getting their hands dirty, so to speak, sourcing funding and support from all over. With good recordkeeping, disciplined budget adherence and a viable business plan, the Genadeshoop group was able to qualify for an insecure loan from Absa, under the mentorship of Richter. Genadeshoop farmers received R2,5 million over five years, half of which went into input costs and the other half into immovable assets. Richter continued to assist them by renting his own machinery to them at a reasonable price and providing employment to Genadeshoop farmers, as all their profits went back into the business to buy machinery.

As stories of realising your potential goes, Whernit’s is one for the ages. His farm Genadeshoop is truly a symbol of grace and hope in times where both can be hard to find.