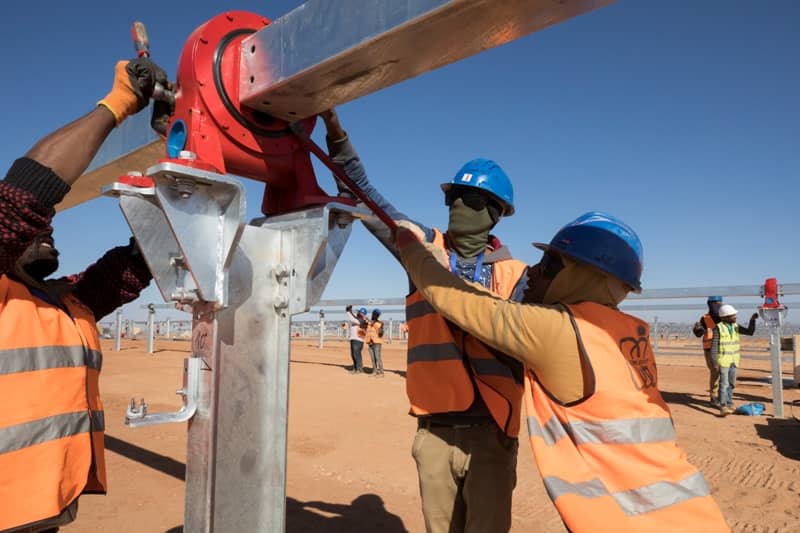 What Renewable Energy And Home Repair Have In Common

The answer, based on best practice in emerging markets around the world, is unequivocally yes – with community investment designed to match local priorities. The most successful companies in the solar and wind energy sectors are recognizing that the success of their projects needs to be measured not only on the kilowatt-hour tariffs achieved or the megawatts of new capacity added – it also depends greatly on the extent to which local communities embrace new projects in their midst and can benefit from them in a sustainable way.

A generation ago, wind and solar power were seen as fringe technologies with high operational costs and a limited footprint. Today, we are seeing utility-scale wind and solar installations all over the world that take up large swathes of land, including in Africa where renewable energy is providing low-cost and reliable power for the grid from Algeria to Zambia.

While there is broad popular support for renewable energy as a cleaner and less carbon intensive alternative to diesel or oil-fired power projects, the construction and operation of solar and wind projects are not without local impacts. Developers are increasingly aware they need to work with local communities to address the concerns that are greatest to them.

One example is the Hopefield wind farm in South Africa, where the developer invested in training and hiring local people to install solar water heaters, insulated ceilings, and improved wiring in more than 600 homes in the Saldanha Bay area, helping create jobs and support quality of life improvements that matched community priorities.

Elsewhere in South Africa, IFC partner Lekela Power is supporting local employment around its Noupoort wind farm while also helping meet education and childcare needs. The recently constructed Eurekaville Crèche, which has the capacity for 200 children aged between 2 and 6, used a local building contractor and was built using bricks made by a local enterprise.

And in Mexico, solar power developers Cubico Sustainable Investments and Alten America have signed an education-focused community investment plan for the short, medium and long term, with the purpose of improving local living standards near the IFC-financed Solem solar park in Aguascalientes.

In other cases, renewable energy developers have invested in community projects directly related to energy access – recognizing that large grid-tied projects may not address the most pressing needs in the areas surrounding solar parks and wind farms. Such initiatives including providing solar lanterns to primary school students in Uganda, and offering energy price discounts to low-income families in Brazil.

There are also examples of wind and solar projects that have faced obstacles when they lack social permission to conduct business. Kenya’s Kinangop wind farm was a once-promising project that was slated to bring clean energy to 150,000 people – but because of community concerns about the social and environmental impact, the project ultimately didn’t go ahead.

To be successful in the long run, the solar and wind industry must focus on securing and maintaining social license – engaging with their neighbors to build a better collective future. While repairing homes and childcare centers may seem tangential to installing solar panels and wind turbines, the activities are inextricably linked – and companies that recognize the power of this connection will be best positioned to continue to grow. Good practice in this space is recognizing that projects’ success and communities’ success are intertwined. Everyone benefits when people living around solar and wind projects feel vested and included and can contribute their support and local knowledge to the endeavors.IFC’s new report Local Benefit Sharing in Large-Scale Wind and Solar Projects is available: