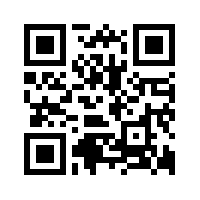 Government, business, labour and community groupings signed a milestone agreement in Pretoria on Monday under which an “aspirational” target of 75% was set for the level of goods and services that should be procured locally by both government and the private sector.

The ‘Local Procurement Accord’ emerged following consultations held under the New Growth Path, which itself aims to bolster the domestic manufacturing sector in support of a larger goal to ensure the creation of five-million new jobs by 2020.

Economic Development Minister Ebrahim Patel, who signed the accord on behalf of government along with his Cabinet colleagues Pravin Gordhan, Dr Rob Davies andDipuo Peters, indicated that an immediate objective was to leverage public procurement in line with the amended Preferential Procurement Policy Framework Act (PPFA), which would come into force from December 7.

The regulations provide for the specific designation of sectors and products that should be procured locally by government departments, provincial and municipal governments and State-owned companies and agencies.

Davies indicated that it had canvassed the initial list of designated products with stakeholders and that the first designations would cover the public procurement of buses, power pylons, railway rolling stock, some pharmaceuticals, set-top boxes, clothing, textiles and leather footwear and certain food and canning products.

A standard was being established to govern whether or not a product could be considered to be local, and Davies stressed that the definition related to local production and not to the ownership of the supplying organisation.

Gordhan said that the accord could also be viewed as a ‘stimulus package’, as it should boost local demand at a time when South Africa’s main trading partners were experiencing a slowdown in growth. He said that the “cooperative” deal could stimulate demand from manufacturers, bolster production and help to create jobs.

The cooperative elements of the deal related to the voluntary commitments made under the accord by business and labour to increase local procurement, including the possibility of setting sector- or product-specific targets, where feasible.

But Congress of South African Trade Unions general-secretary Zwelinzima Vavistressed that the “milestone” accord was not about holding domestic consumers to ransom, to be “milked” by uncompetitive local suppliers.

““This does not represent a desire to sign blank cheque,” Vavi added, arguing that it was premised on supporting competitive manufacturers that could help reverse the deindustrialisation and job losses of the South African economy.

Gordhan added that the changes to the PPFA should give life to the buy-local push, but added that there would also be a strong focus on combating fraud and corruption and on ensuring value for money, particularly given the tightening fiscal balance. He lamented the fact that there had been instances in which products, such as computers, retailing for R9 999.99, were being sold to government at closer to R19 999.99.

Davies added that efforts would be made to ensure that local suppliers did not seek to profiteer and indicated that monitoring systems would be designed to both establish better visibility of what goods and services were being procured from local sources, and also to avoid inflated prices being charged to government.

A joint monitoring and evaluation committee, comprising senior representatives from each constituency, would also be set up. The first meeting would be held by June 2012 and regular progress reports would be prepared.

Davies said the aim was to replicate the success of the recent antiretroviral procurement process, whereby government was able to finalise a deal that resulted in higher levels of localisation at a lower price.

Business Unity South Africa CEO Nomaxabiso Majokweni described the accord as another “tool” available to help support transformation, adding that business would be interrogating their own supply chains to assess buy-local opportunities.

She added that companies would be encouraged to intensify their efforts to “intentionally” source South African-produced goods and services. It emerge that the lead would be taken by members of Business Leadership South Africa, whose 84 members include the largest listed, multinational and State-owned companies operating in South Africa.

The business and labour signatories to the accord also committed to sourcing stationery, office equipment and promotional items such as T-shirts and hats from local suppliers.

An implementation ‘road map’ would be developed to address priority sectors and products, as well as sequencing, actioning and monitoring.

Business would host a workshop before November 30 to inform suppliers of the first designated products, where strategies to upscale local procurement would be discussed. A South African Diversity Development Conference would be hosted by April 30, 2012, and talks on further support for local procurement from the retail sector would begin in February next year.

For all your stationery needs. www.pencil.co.za
West Coast Office National 022 713 1111