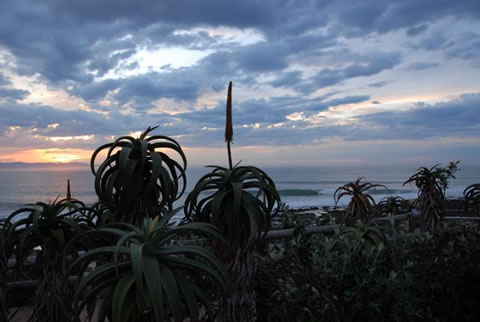 Did you know that both of South Africa’s world class pointbreaks, J-Bay and E-Bay, are under threat from the Department of Minerals and Energy? If you’re a surfer, you’d at least be aware that South Africa is indeed blessed with two of the world’s most perfect pointbreaks, on either side of the country. It’s like some kind of divine symmetry for surfers. On the East Coast, 80 clicks South of Port Elizabeth, God left his right thumbprint on the coastline at a place called Supertubes, Jeffreys Bay. Waves can literally wrap in and unfold serving up kilometer long rides. It’s widely regarded as the world’s best right hand point break. It’s really an unrecognised World Heritage site that brings in millions of Rands worth of tourists each year and supports the economy of an entire town and provides the impetus for much of South Africa’s surf industry.

On the West coast, about 3 hours drive out of Cape Town is Elands Bay, possibly the world’s most perfect left hand pointbreak, aka God’s left thumb print, and it’s becoming increasingly popular and important in terms of all those tourist dollars that get deposited there by local and international surf tourists. Being in the desert and a bit of secret until late, Elands Bay’s development has been a little bit slow, but there are an increasing number of local businesses, backpackers, hotels, shops mushrooming in the town. And property prices have exploded in the little West Coast dorpie, all because the underwater geography funnels the Atlantic swells into perfectly shaped peelers, running left to right. So magnetic are the waves at Elands and Jeffries, that thousands of people from around the world spend their hard earned bucks to travel thousands of miles to ride these waves, for absolutely no good reason whatsoever beyond the fact that it’s really fun. 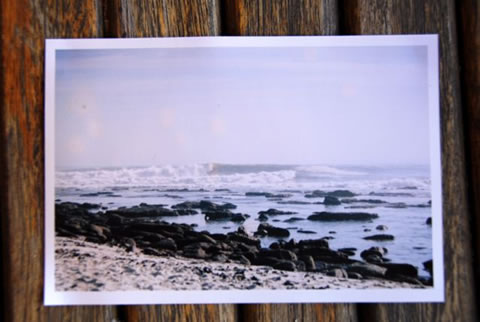 But at the same time the Department of Minerals and Energy seems hell bent on destroying both of these routinely bankable, low impact, sustainable tourist attractions, and natural heritage sites, in the narrow pursuit of profit, disguised as development and job creation.

On the East Coast, the whole stretch from Jeffries Bay to St Francis is under threat as the preferred site for Eskom’s new nuclear power station, at Thuyspunt, which sits just 10 kilometers West of Seals. Not that we have a problem with Nuclear energy. It sure as hell beats Coal-fired power stations, even if we don’t really know what to do with all that dangerous nuclear waste it produces. But South Africa has nearly 3000 kilometers of coastline, surely Eskom and the Department of Minerals and Energy could find a more suitable, less populated spot that doesn’t threaten some of the world’s most prized surf real estate?

Now let’s shift our attention across the country to Elands Bay, that just happens to be under threat from several dodgy housing developments, but more seriously from a new application to prospect for minerals in the Verlorenvlei, the very river that runs into the sea right where the hallowed wave of Elands Bay ends. They’re planning on mining for tungsten, the stuff in your old lightbulbs and toasters that heats up when electricity is passed through it. Mining for tungsten is a pretty brutal affair, and it causes large scale pollution of the waters surrounding the mining operation. In fact, Bongani Minerals, who have applied for the prospecting rights, have already tried to get mining rights on a farm in the Moutonshoek Valley. However, the application was withdrawn after an assessment indicated that the toxicity of the processed tungsten would have a negative impact on the vlei, the point and in turn the tourism industry.

However the new application to the Department of Minerals and Energy opens the way for mining rights to be granted within 5 years. But this threat is bigger than just the potential ruin of a world class lefthand pointbreak. According to the Verlorensvlei Coalition:
“The rains which fall on the Piketberg feed the Krom Antonies River which has sustained farming in the fertile Moutonshoek Valley for 300 years. The Piket-bo-berg and the valley produce export fruit, nuts, olives, potatoes, proteas and world class horses and provide work and a livelihood for hundreds of local people. The Krom Antonies River feeds the Verloren River which runs past Redelinghuys on its way to the sea. This water constitutes 60% by volume of that received by the Verlorenvlei which forms an estuary at Elands Bay and functions as a nursery for the local fishing and crayfishing industries.
“The quality and flow of water reaching the Verlorenvlei and thus the sea is at high risk of contamination by tungsten which becomes unstable during the mining process and has a strong affiliation for water. The fledgling tourist industry in the district, based on burgeoning guest houses, nature reserves and the famous left hand break at Elands Bay, may cease to exist.”

If building a new nuclear power station near a built up area and world surfing heritage site is stupid, then mining the Verlorenvlei for tungsten is suicide. Scratch the surface and both these projects seem to be propelled by destructive, short-term, narrow-minded profit-seeking, instead of truly sustainable human development.

In many ways, a good surfbreak is the most dependable and sustainable pay day. As long as the authorities protect the location and control the development around it, the wave will literally do the rest. Forever. The tourists, local and international will arrive, surf the wave, stay in the accommodation, drink in the bars, eat in the restaurants and spend spend spend. And even though trickle down economics is hardly the best system for addressing our dire social circumstances, surfbreaks offer a reasonable impetus for development in communities that would otherwise remain neglected.

You can object against the Nuclear Power Station at Thuyspunt and learn more about it at thebombsurf.com

And you can object against Bongani Minerals’ application to prospect in the Verlorenvleihere, and learn more about it at Wavescape.co.za

News sponsored by West Coast Office National for all your printing & stationery needs.www.pencil.co.za on the West Coast.